Ben Heine is best known for his project Pencil Vs Camera, which is a unique combination of illustration and photography. Individual components of a photo Heine replaced by a drawing and so mixes imagination and reality to create original artwork. Here are some fantastic Masterpiece artwork from Ben Heine. 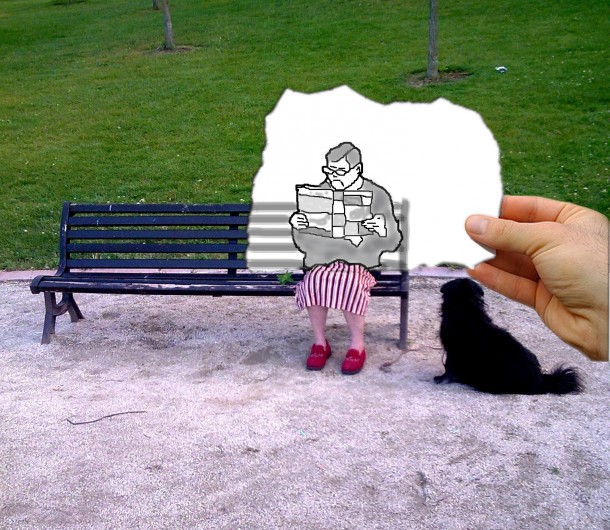 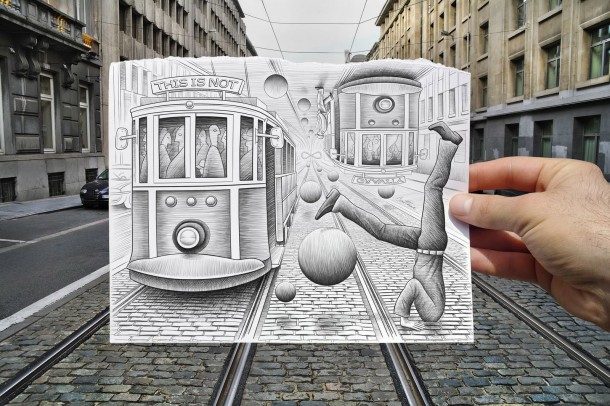 Ben Heine was born in 1983 in Abidjan and spent the first seven years with his three siblings in the Ivory Coast. The son of a business management engineer and a jazz dance teacher his artistically career was not inevitable. As he says, he was an ordinary boy. However, that changed in 1994, when he began to transform his visual ideas into unique artworks. That was the beginning of a long adventure for his amazing artwork. Since 2006, his works can be seen regularly in various magazines and exhibitions. 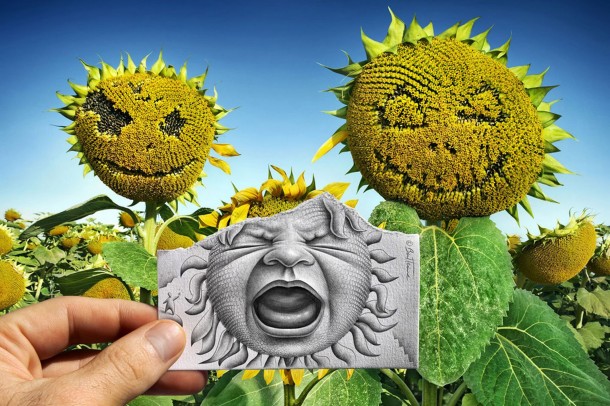 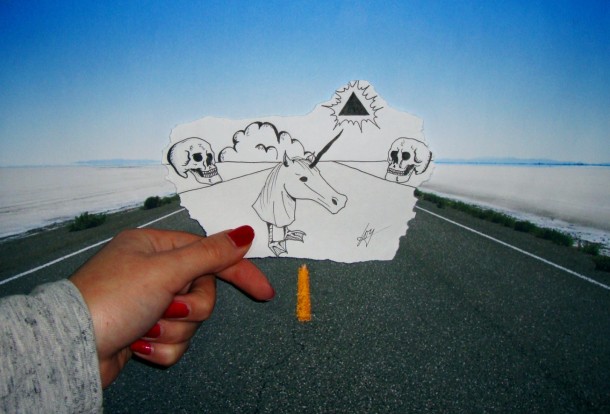 If you see his resume, then you could say that he is multi- talented. He speaks six languages ​​, plays a variety of instruments, maps, photographs and has another degree in journalism. Especially the project Pencil Vs Camera is so fascinating. Using digital image processing, only with flat circles he created portraits of past stars. The Pencil Vs Camera was a huge project that made Ben so popular in the whole world. It consists of pictures, in which a pencil drawing is held, and this drawing fits into the scenery so realistic one that is a fascinating mixture of everyday situations. 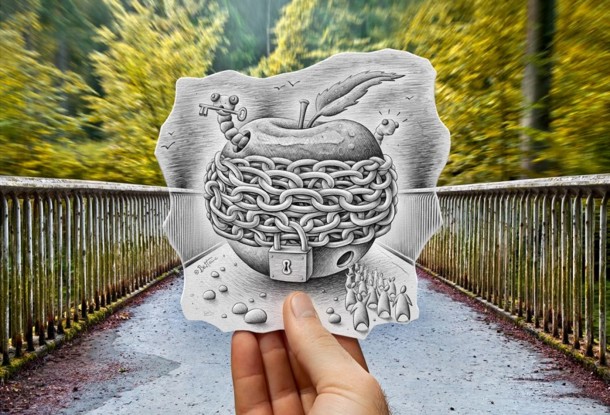 Once again, there are hybrids of photos and drawings, only this time Heine occurs even before the camera. He merges with large, three dimensional looking black and white images and example performs a tiger for a walk, rebels against a huge gun or balanced by a surreal landscape of piles. We recognize that Heine has a great imagination, but before that is particularly gifted artist. Interestingly, a self-taught, but when possessed such amazing skills, you do not need instruction from experts in the field of photography and painting. 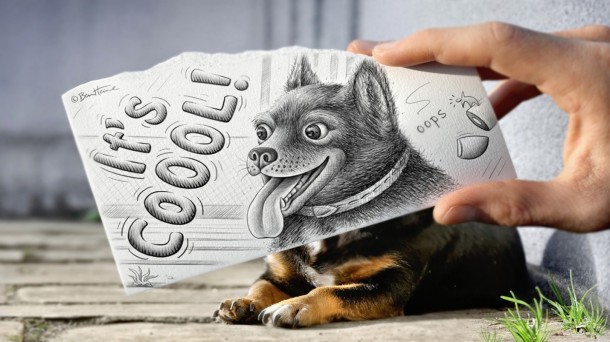 Particularly surreal and amusing pictures Heine has already produced a year, and its collection has over 100 pieces. The work required is not just a camera, a pencil and paper. As noted, several techniques worked. 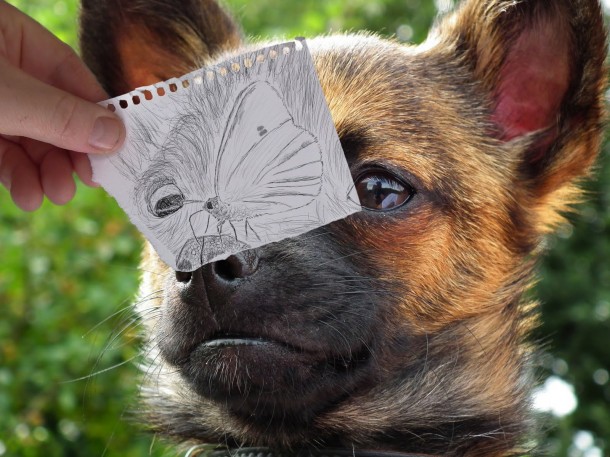 There are four ways. The first is traditional rather draw a picture and then fit into the real scene image. However, there must always contrast between fantasy and reality, says Ben. The other way is to first print the photo, then finishing the piece of paper with drawing. The third way is to first do photography as a stick drawing in hand, and then digitally to fit in a different environment that is photographed before. The fourth is using a computer made ​​digital background, in which he add digital image, like Ben explain. 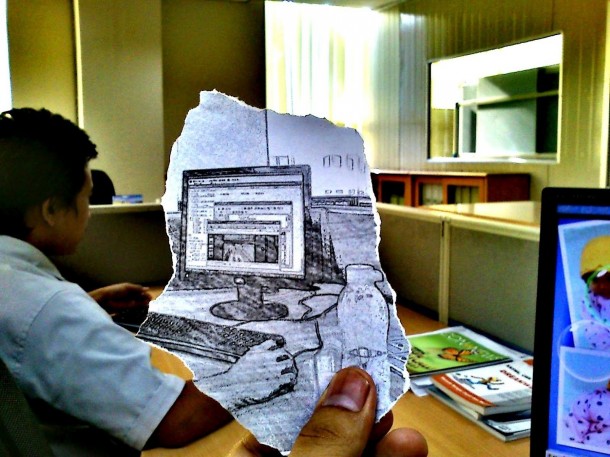 Heine with this unusual art form began to deals in early 2010. This kind of art allows me to express myself fully. The limit is just my perception of the world, says Heine. I have a few ideas and I cannot wait to finish the project “Pencil Vs Camera “says Heine. 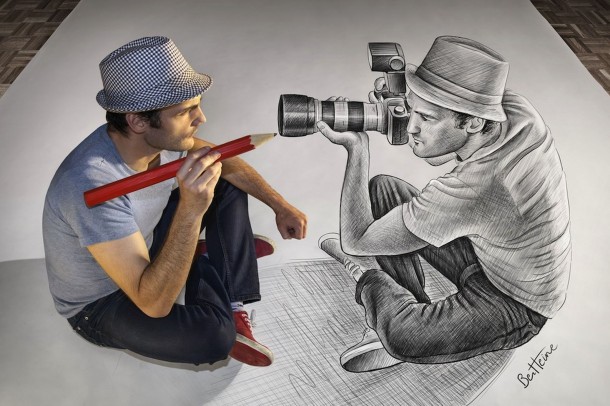 After his successful project paper vs. camera, Ben one more time has impressed the public with his 3D drawings that are so amazing. His work is so incredibly good that would leave you breathless. All great respect, definitely. Below are some of his 3D drawings. 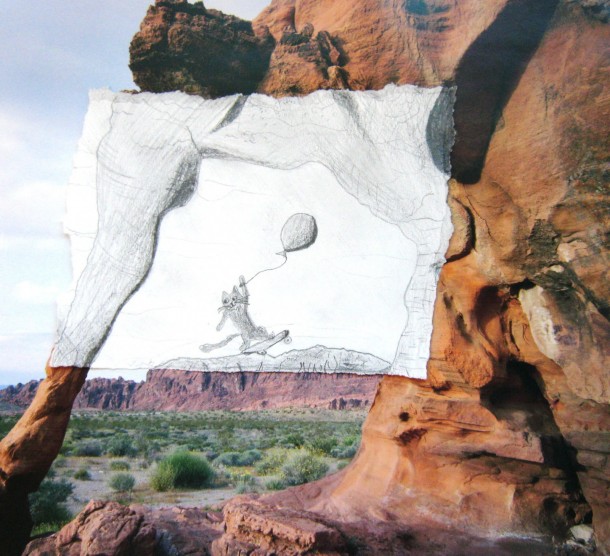